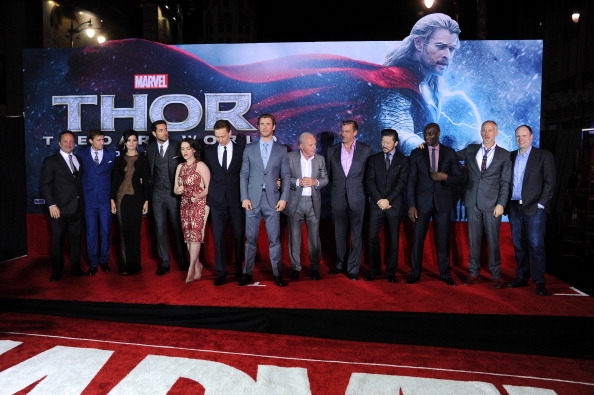 MORE than 100 employees have been axed from the Gold Coast set of international blockbuster Thor: Ragnarok following set cuts.

An exclusive Bulletin investigation can reveal that a further 80 staff were given their termination notice on Friday. All are believed to work on sets and construction.

The Bulletin revealed on Friday that 25 staff had been sacked, with a further 30 expecting marching orders that day, but two sources now claim it was closer to 80. The staff had believed they would have work until late October or early November.

“Two weeks ago you couldn’t drive into the studio for all the traffic and getting out took 15 minutes – now you can just drive in and out instantly, it feels quite desolate,” the worker said.

He added the jobs of interstate and New Zealand crew working on the film, which is being directed by Kiwi Taika Waititi, were being favoured ahead of locals.

“There is quite a lot of antagonism about how the New Zealand crew is being well looked after and seem to be in charge of a lot of the main jobs,” the worker said.

Screen Queensland CEO Tracey Vieira did not return calls yesterday but said last week: “Different skill sets are needed at different times and not all crew work for the duration of the filming.”

Last month, $30 million of taxpayer money was poured into the pockets of Screen Queensland. It comes on the back of the Federal Government dishing out a $47.25 million grant to secure Thor: Ragnarok and 20th Century Fox’s latest Alien movie.

Of the cuts, Premier Annastacia Palaszczuk said their work as set builders was simply “finished” despite the fact they were promised work until November.

“What we have seen is that the stage for Thor has been completed and those jobs are finished,” Ms Palaszczuk said.

“As the construction comes to an end, what we will see is more jobs when actors come in. I don’t have any concerns. I’m very satisfied.”

Earlier this month, Ms Palaszczuk justified the money, saying: “The $30 million funding means jobs for Queensland, jobs for the tourism industry and jobs for our screen ­industry.’’

It infuriated a Thor: Ragnarok set worker, who finished last Thursday after receiving a week’s notice.

“What the hell are they (Screen Queensland) doing with that money?” he said.

“I came back from Europe for this job and was told I’d have at least six months’ work.

“I got a week’s notice and haven’t had time to organise work.

“I’ve got a mortgage and kids to feed.

“They’ve looked after their own and it’s the locals who have all suffered.”