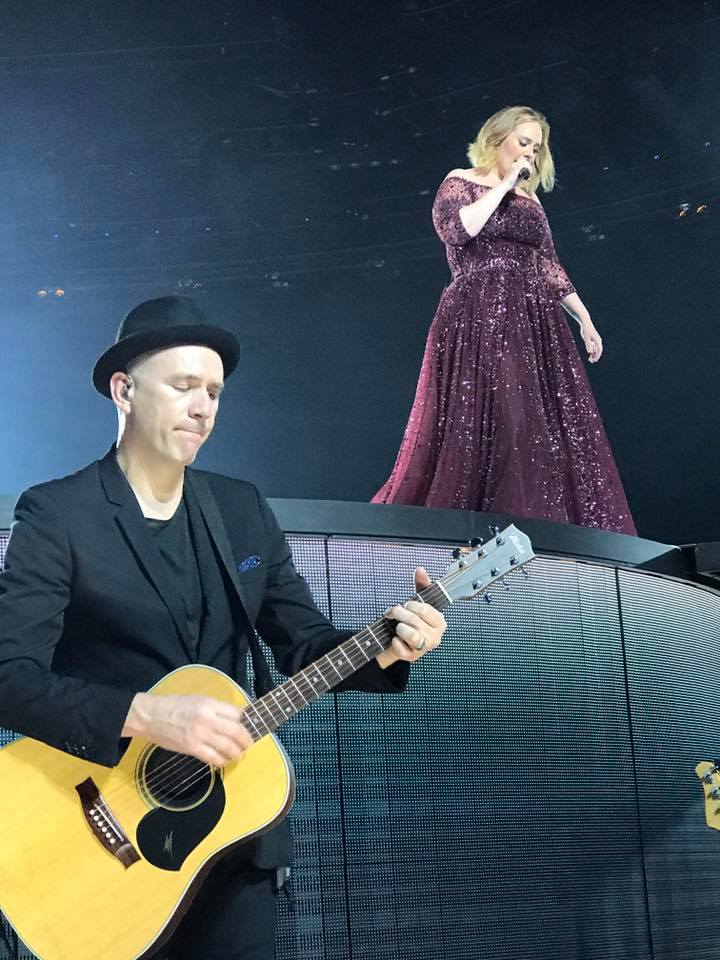 In case you haven’t heard, Adele is currently taking the Australia by storm — and her concerts in Brisbane last weekend were no different.

She played to 65,000 people in Perth to open the Australian run, followed by 120,000 people over two nights at the Gabba in Brisbane last weekend.

What is truly admirable for the 28 year-old singer is the fact she’s managed to put on some of the biggest shows this country has ever seen without a single interview or press engagement.

ADELE has blown the box office records for outdoor stadium concerts in Australia on her first tour here, thrilling about 600,000 fans, who have bought two million copies of her three records over the past decade.

She has far eclipsed the concert record at the ANZ Stadium with the biggest crowd since the Olympics venue was resized in 2002, playing to about 95,000 people on Friday and Saturday nights.

With a reported $1 million guarantee per concert, with sales of T-shirts and other souvenirs significantly bolstering her takings for the three-week visit, Adele’s tour will be one of the most lucrative ever staged here. 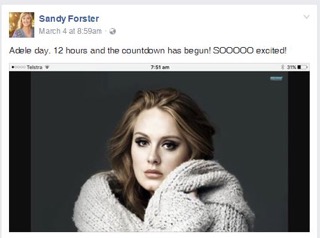 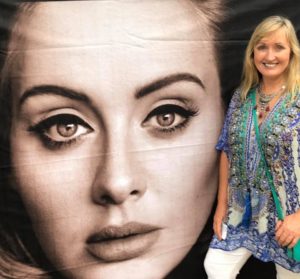 Number 1 fan Sandy Forster from Wildly Wealthy Women was lucky to be up close and personal with Miss Adele in the VIP section and provide us with some great photos. When I asked Sandy what she thought of the concert she said “I was very impressed with Adele.  It was so hot I could barely breathe but she kept belting out her songs.  She is a SUPERSTAR!! Would love to sit down and had a chat with her sometime, she’s my kind of gal.”