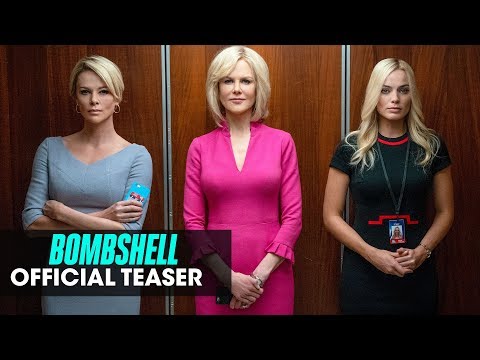 The downfall of Ailes occurred more than a year before the explosive allegations in The Times and The New Yorker against Harvey Weinstein in October 2017, which kickstarted the Time’s Up and #MeToo movements.

The downfall of Ailes at Fox, as seen from the perspective of a group of female employees. It is based on the real-life chain of events that began when Fox News anchor Carlson filed a sexual harassment suit against Ailes in July 2016. Days later, New York magazine published claims from additional women. Kelly detailed “unwanted advances” from Ailes in her 2016 memoir Settle for More. By July 21, Ailes had resigned from Fox News, and he died in May 2017.

Nicole Kidman, Charlize Theron and Margot Robbie talked with Ellen about the movie.

Below is a video from TheTalko thats sums up the movie.

“Bombshell” has a star-studded cast and a brilliant script. Charlize Theron, Nicole Kidman, and Margot Robbie bring their characters to life, encouraging women all over the world to speak up to those who wish to silence them. In a perfect world, the events that transpire in “Bombshell” would be fiction and not fact. But that just isn’t the case. “Bombshell” is based on the real-life experiences of women who worked for Fox News, under Roger Ailes’ watchful gaze. First, we talk about Gretchen Carlson, and how she bravely filed a lawsuit against her former boss after she was fired from “Fox & Friends” for resisting Roger Ailes’ advances. Then, we explain how Megyn Kelly suffered a very similar confrontation with her boss. And how she stood by Carlson and helped her take down the man who had purposely used his position of power to lure women into career-shattering situations.