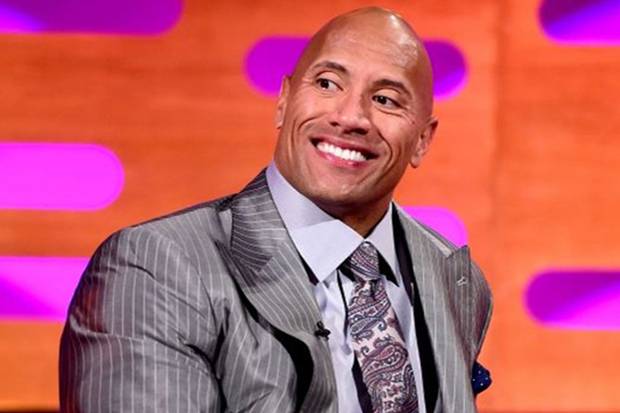 Dwayne Johnson, star of forthcoming disaster movie San Andreas, talked about the origins of his wrestling career as The Rock.

In his interview he revealed that his father, wrestler Rocky Johnson, didn’t want him to make a career in the ring, and the two initially fought about his decision.

“I am third generation, but my dad was against me following him into the sport,” he explained. “He hated the idea and we had a massive fight and there were tears and emotions and I didn’t understand it until he said, ‘I’ve been in this business for 40 years and I live in a little apartment that cost $500 a month.  I don’t want that for you.’

“I finally understood and told him it was something I had to try, and would he train me.  He said, ‘I’ve got your back, I’ll train you.’  What he really meant was, ‘I’ll kick your ass every night for the next year!”

Johnson also spoke about his first wrestling match (“When I walked out the whole place shouted, ‘You Suck!’”), and the time he accidentally punched a stunt actor in the face during a scene (“I felt so bad I bought him a Rolex watch”).