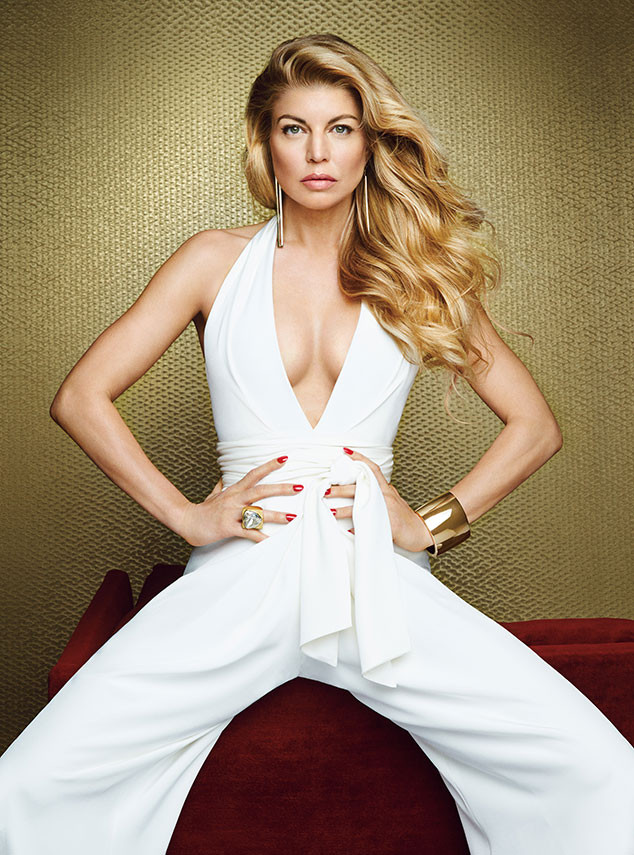 Fergie and Josh Duhamel celebrated their sixth wedding anniversary in January, but their relationship isn’t perfect. In fact, as the “L.A. Love (La La)” singer reveals in Allure‘s February 2015 issue, the two have embraced therapy. Whether they attend sessions separately or together, Fergie thinks counseling has improved their marriage. Duhamel is “not afraid,” she says. “He doesn’t feel like he’s not man enough.”

Counseling has made the superstars extra close—too close, some might argue.

For example, the 39-year-old pop star recalls a time when Duhamel “walked in on me during my bikini waxing—and I’m like, ‘OK, honey, hi.’ And I’m on all fours…But he doesn’t just leave; he gets curious!”

How did Fergie know the actor was The One? “We just grew,” she says. “And we grew into realizing that we wanted the same things in life. We wanted the same path. We both come from Catholic families.”

The couple has learned to compromise since tying the knot.

Between Fergie’s touring schedule and Duhamel’s filming schedule, making time for each other hasn’t been easy. “My husband and I made a two-week rule,” the singer explains. After becoming parents, the couple updated their agreement. “We’ve already talked about how we’re going to have to trade off,” the Black Eyed Peas singer says of balancing work commitments. “He’s going to have to come on tour with Axl for a while, and then there’ll be a break. He’ll take a job; I’ll be on set with [Axl]. You know?”

Fergie’s second solo album is due later this year, seven years after The Dutchess was released. “Did I feel some sort of pressure to come back out? I felt that it was either going to be another baby or an album. And I had to decide which one first.” And, the diva argues, “How long can you hold on to a song for?”

The “L.A. Love (La La)” music video received some criticism for allegedly appropriating Latino culture, but Fergie didn’t pay it much mind. “I don’t read everything,” she admits. “I just figure with all my stuff, some people are going to like it; some people aren’t. It’s a lot easier for me just to say ‘F–k it’ now!”

Fergie is used to criticism, of course. When she first joined the Black Eyed Peas, she read “mean, hurtful things” about herself online. “That’s where I just kind of went, ‘You know what? Who are you? You don’t even know me. You have no idea what I went through to get here. To hell and back.'” She channeled that anger into her debut solo album, “transforming a lot of the hateful things into my own ambition.”

These days, she says, “Mama’s ready to go out and have some fun!”