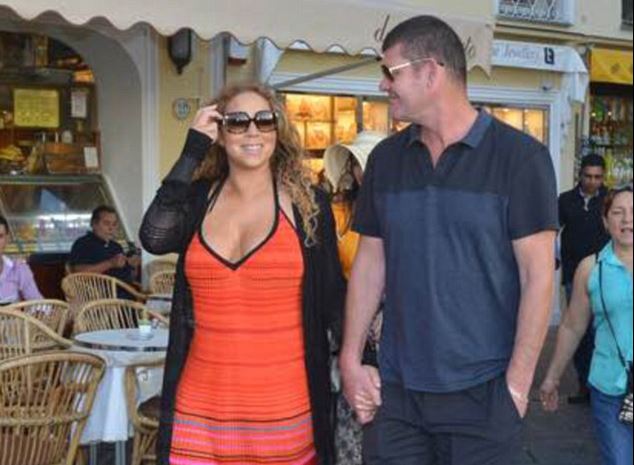 Pop diva Mariah Carey has been single for less than a year after splitting from actor Nick Cannon.

And the 45-year-old has already sparked rumours that she has found love again as she was seen strolling hand-in-hand with Australian billionaire James Packer in the picturesque south of Italy.

The unlikely pair were spotted looking amorous as they ambled along the cobbled streets of Capri, amid reports they are on an ‘extended holiday.’

The Dream Lover hitmaker has been friends for years with the entertainment mogul and has been spending time on board his luxury yacht.

The mother of twins is said to have met Packer through American filmmaker Brett Ratner.

Charming Packer, said to be worth an estimated $4.6 billion, according to Forbes, was married for six years to model Erica, with whom he has three young children.

Packer was also married to fashion designer Jodhi Meares for three years before splitting in 2002. 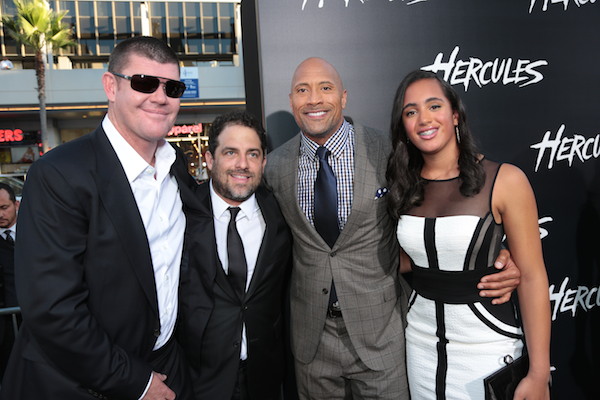 Australia’s fourth richest man has most recently been linked to model Miranda Kerr, 31, who split from actor Orlando Bloom in October 2013 after two years of marriage.

The high-profile pair were first linked in December 2013 when reports first surfaced following the shock breakdown of Packer’s six-year marriage to his wife Erica in September.

She was also seen enjoying time in his company, sailing around Spain on his famous yacht last year.

Mariah, meanwhile, has taken her split from rapper Nick hard and during a Christmas concert in New York last year broke down in tears tears as she attempted to sing Hero.

He has since reportedly signed a deal to write a tell-all book about his marriage to the singer after she rejected his repeated demands for a $30 million divorce settlement.

Friends say a book, with major publishing company Simon and Schuster, will be his ultimate revenge.

The actor and host of America’s Got Talent has an estimated net worth of $20 million, while Mariah is said to have $225 million fortune.