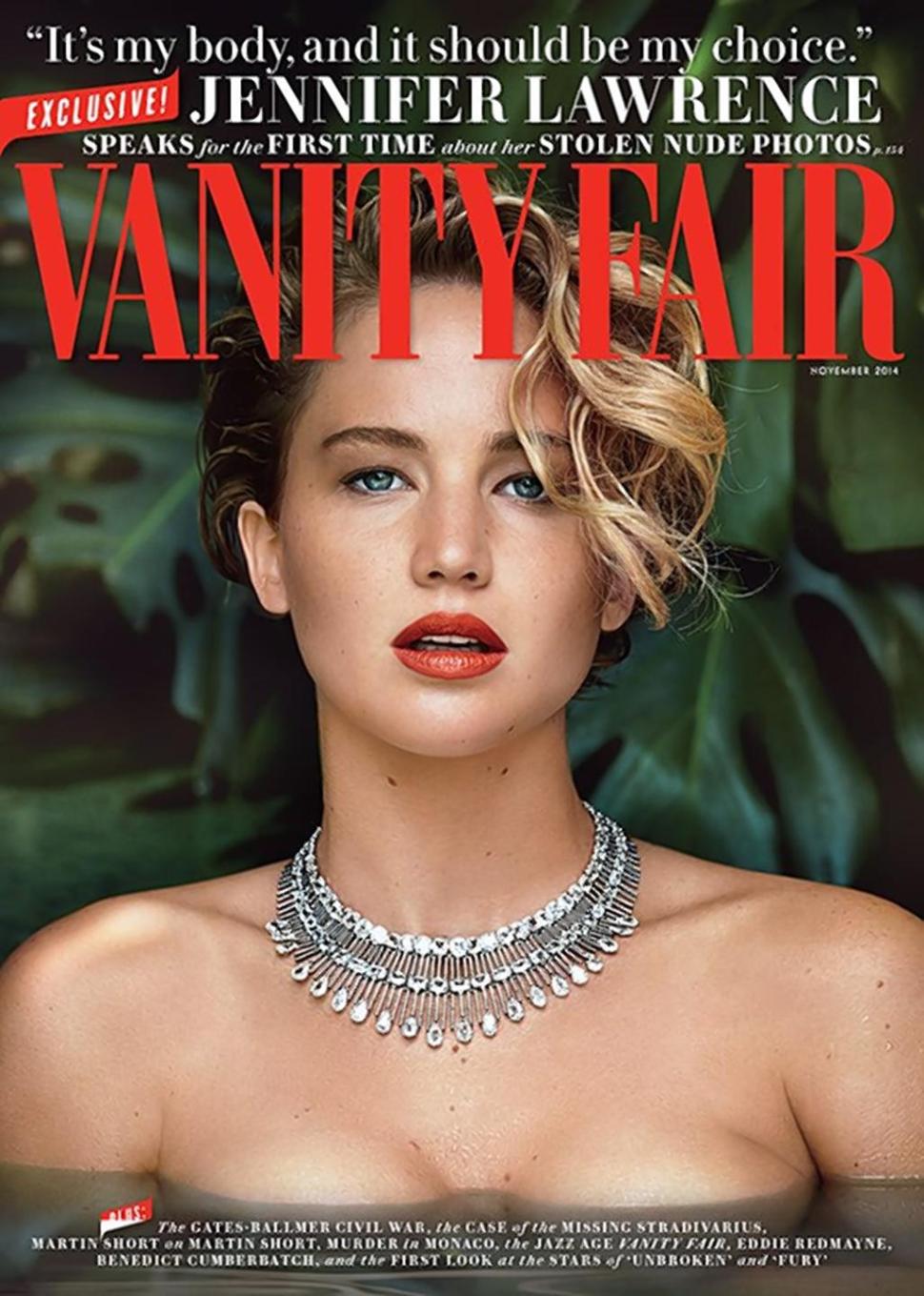 Last July 29, on a Patrick Demarchelier shoot at a private residence in the Hollywood Hills, a giant Colombian red-tailed boa constrictor spent most of the day cooped up in a perforated, extra-large storage container managed by two very capable handlers.

When it came time for the snake to take his star turn, there was frightfully little between him and Jennifer Lawrence—only a long metal rod with a hook at the end. The actress proved to be very brave and nonchalant about having a serpent wrapped around her body—an homage to the 1981 Richard Avedon Vogue portrait of Nastassja Kinski that launched a million dorm-room posters—and coolly focused her eyes on the camera.

“Jennifer has the perfect combination of strength, sexuality, and humor, and, above all, tomboy to pull this off,” says V.F. fashion and style director Jessica Diehl, who styled the shoot.

Lawrence only became uncomfortable when the snake took a fancy to her neck. Then the shoot was over and Mr. Boa went back into his box.