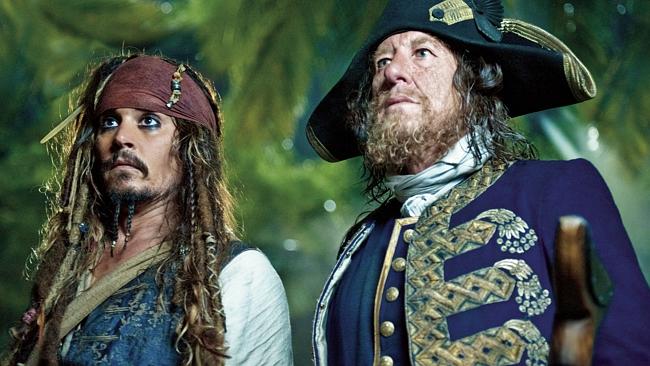 Famous Actor Johnny Depp has touched down in Queensland and is expected to visit the Gold Coast set of Pirates of the Caribbean 5. 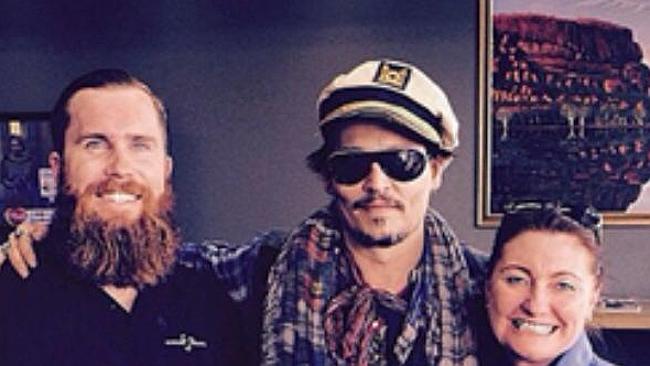 Johnny Depp has arrived in Queensland, he posed with a barber in Brisbane after getting his beard and hair trimmed. pic: Instagram

An elusive pic of Depp apparently having his beard trimmed at a Brisbane barber yesterday sent media on a wild beard chase to find the city’s trusted hands.

But the chase quickly went bust when the pic was nothing but a fan snap and a case of “beard envy”. Brisbane beard-grooming company Buccaneer Grooming posted a photo on their Instagram account yesterday showing the global superstar — cocked captain’s hat and all — arm-in-arm with what appeared to be staff.

Despite international media reporting Depp had his beard tripped at the barber, Buccaneer Grooming’s Rhys Furner said it was a complete misunderstanding.

PIRATES OF THE CARIBBEAN Work continues on the set of the latest Pirates of the Caribbean film, Dead Men Tell No Tales, being shot in Maudsland on the Gold Coast. Picture: Scott Fletcher Work continues on the set of the latest Pirates of the Caribbean film, Dead Men Tell No Tales, being shot at Maudsland on the Gold Coast. Picture: Scott Fletcher

The company only sells beard-grooming products, and the photo was of a bearded friend’s run-in with the movie star in an undisclosed location in Brisbane.

It is understood the 51-year-old actor said, “Man, I have beard envy,” before posing for the infamous pic.

Furner posted the photo to Buccaneer Grooming’s account for its “legendary” beard factor, not realising how media would interpret the post. Johnny Depp boasts his own impressive beard in the Pirates of the Caribbean franchise.

It is believed Depp was headed for the Gold Coast today, where he would be visiting the set of Pirates of the Caribbean: Dead Men Tell No Tales for the first time.

Principal photography on the blockbuster is expected to start today.

There have also been rumours that a sixth instalment of the Pirates franchise will be filmed on the Coast.

Sources told the Bulletin Depp was so busy it made sense for the producers to want to “nail him down” and shoot back-to-back while he was here.

Screen Queensland has confirmed the production, based at Village Roadshow Studios Studios, will drop at least $100 million of its total $250 million budget in Queensland.

Johnny Depp in Australia for Pirates of the Caribbean 5