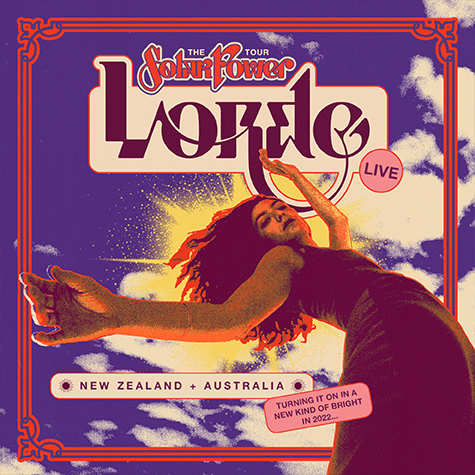 For the first time in 5 years, Frontier Touring and Eccles Entertainment are thrilled to announce formidable pop queen Lorde will return to stages around New Zealand and Australia in February and March 2022. Kicking off in her native New Zealand on Sunday 27 February, Lorde’s Solar Power Tour will head through Brisbane, Melbourne and Sydney, before wrapping up in Perth on Saturday 19 March.

Following the release of her long anticipated new single, ‘Solar Power’ – her first new music in four years and the first taste of her forthcoming album of the same name (out 20 August 2021 through Universal Music) – the inimitable songstress will hit the road for a nine-date run across the Antipodes to kick off 2022.