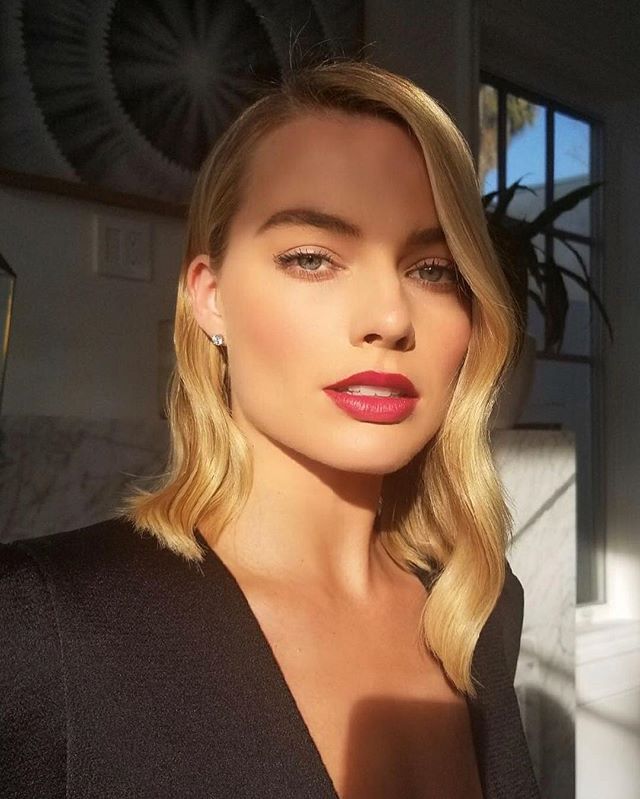 Not even the flu could prevent 2018 Golden Globe nominee Margot Robbie from missing one of the biggest nights in Hollywood.

Margot dazzles in a racy black ensemble with metallic detailing and a VERY low-cut neckline at the Golden Globe Awards.

Fellow Australians Nicole Kidman has already won and Hugh Jackman and Margot Robbie are up for gongs today as Hollywood’s stars gather for the 75th Golden Globes awards in Beverly Hills.

The I-Tonya star, is nominated for Best Actress in a Musical for her role as Tonya Harding in the film.

Robbie could also score a double win as a producer for I, Tonya, a nominee for best comedy-musical.

I, Tonya is a 2017 American biographical black comedy film directed by Craig Gillespie and written by Steven Rogers. The film follows the life and career of figure skater Tonya Harding, with particular focus on her connection to the 1994 attack on Nancy Kerrigan, Harding’s rival and Olympic teammate; it features interviews with the characters in mockumentary-style interviews set in the modern day, as well as fourth wall breaking. Margot Robbie  stars as Harding. See the trailer below.