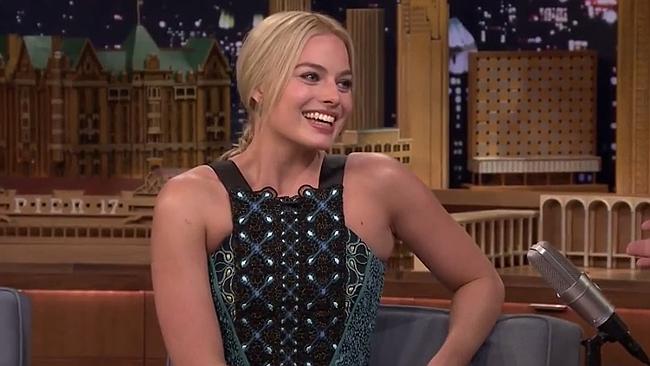 Fallon challenged the former Neighbours actress to a round of Flip Cup when she appeared on The Tonight Show on Thursday. Robbie was a pro at the game, downing a series of shots with expert speed and leaving Fallon in her dust.

The Gold Coast native has become the darling of Hollywood since starring in The Wolf of Wall Street.

She is now starring with Will Smith in a romantic comedy with a dark twist, Focus, and will play Jane next year in a big-budget remake of Tarzan. Margot Robbie was awarded toilet paper and a set of plastic cups for her efforts. Lucky girl. Source: YouTube