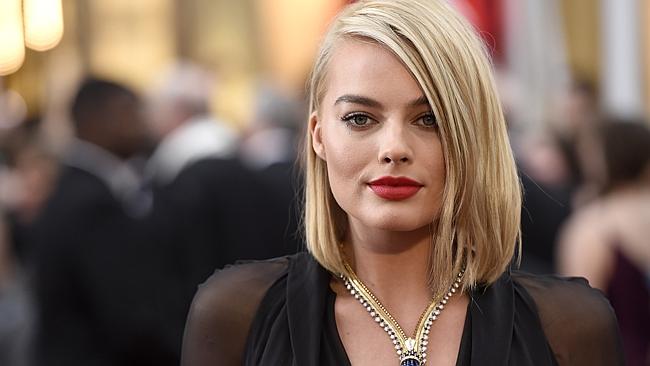 SHE is one of the hottest Aussies in Hollywood and made the best dressed list at the Oscars this week (even Kim Kardashian thought so).

Margot Robbie is ruling the silver screen right now and will next be seen in the movieFocus, opposite Will Smith.

Focus is another sexy (and stylish) character for Robbie, 24, whose breakout role was playing Leonardo DiCaprio’s wife Naomi (aka the Duchess of Bay Ridge) in The Wolf of Wall Street, where she famously pushed her high heel into DiCaprio’s face.

Of course, there were rumours of an on-set romance between Robbie and Smith on the Focus set (and those photos). Co-stars … Will Smith and Margot Robbie in a scene from Focus. Pictures/Frank Masi

“You’re the best inside man there’s ever been. Maybe you could teach me in your room,” she seductively tells Smith, in one scene from the movie.

Speaking about the role, Robbie said her character is “a bit rough around the edges”.

“Nick (played by Smith) is obviously a lot more elegant with his cons and kind of takes her under his wing and she’s keen to learn anything she can,” Robbie said. She has previously spoken about how Focus is a love story.

“If they genuinely want two characters to be together at the end of the day, then they will ride through any journey to see that happen,” Robbie said.

“And they will watch them make mistakes.”

Focus is out in Australia on March 5.