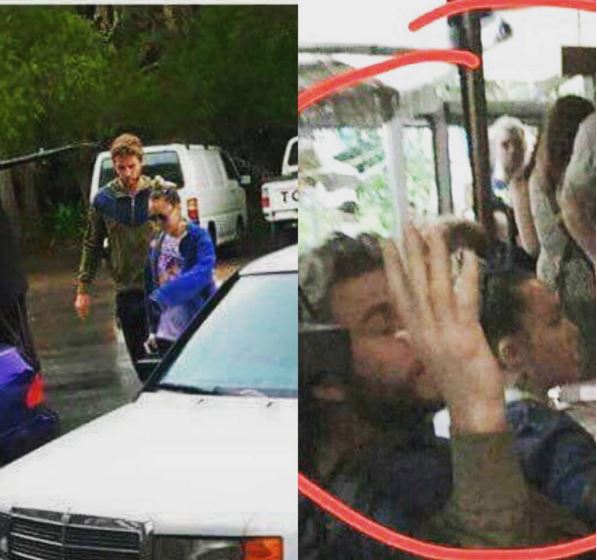 Miley Cyrus and Liam Hemsworth were photographed together for the first time in two years, having a fun time at the 2016 Byron Bay Falls Music Festival.

Miley and Liam were photographed walking from the parking lot into an unnamed eatery in Byron Bay, Australia — Liam’s hometown — where they went to join a group that included brother Chris Hemsworth and his wife, Elsa Pataky and Liam’s Family.

According to The Daily Telegraph, 25-year-old Liam and 23-year-old Miley were seen ‘cuddling and kissing’ on Saturday night at the popular music festival held in the New South Wales coastal town.

The publication also reports the pair arrived at the festival late in the evening and were spotted walking backstage towards the VIP area with Liam’s brothers Chris and Luke and their wives, Elsa Pataky and Samantha.

The pair spent about half an hour in the packed VIP area, drinking with a group of mates, and many didn’t even recognise the low-key couple.

They then moved in to the open arena with the general public to see Disclosure’s 90 minute set that started at 10.40pm.

Cyrus and Hemsworth again were very affectionate, although they had security with them to ensure fans did not catch any snaps of them together.

The Hemsworth brothers have been sharing some fun snaps from their celebrations Down Under, though Miley hasn’t appeared in any of them to date.

Taking to Instagram on Sunday morning, Liam shared a snap of him and 32-year-old Chris and 35-year-old Luke, presumably from the previous night.

Cyrus is understood to have spent New Year’s with the Hemsworth’s at their Wild West themed New Year’s Eve party.

Byron Bay Chris Hemsworth was criticised online after his wife posted an image of the pair dressed as Native American Indians with some labelling them culturally insensitive.

With Luke Hemsworth in the front dressed as a sheriff, Chris and Elsa were surrounded by friends as they posed behind a cardboard “Wanted” sign advertising a $6500 reward.