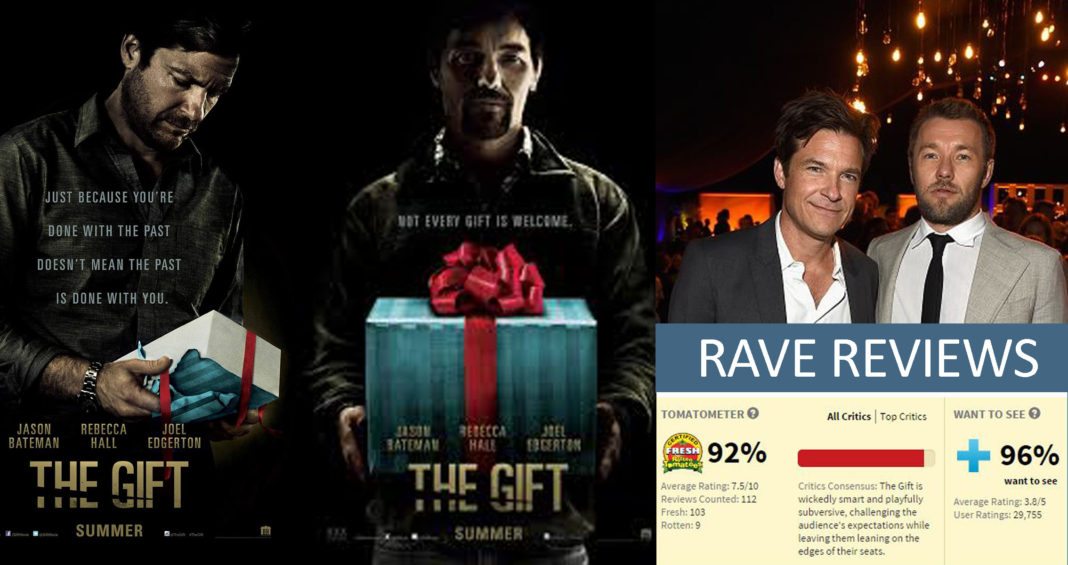 The psychological thriller, The Gift, is a film that’s garnering a lot of positive reviews for Australian Joel Edgerton and Jason Bateman.

Critics on Rotten Tomatoes have rated The Gift at 92 percent fresh, and the consensus reads, “The Gift is wickedly smart and playfully subversive, challenging the audience’s expectations while leaving them leaning on the edges of their seats.”

In The Gift, Bateman and Hall play a young married couple, Simon and Robyn, who happen upon an acquaintance, Gordon (Edgerton), from Simon’s days in high school.

Simon remembers he was called “Gordo the Weirdo” in high school.

Gordo seems friendly enough at first, but his behavior soon proves to be troubling as he begins to visit the couple’s house uninvited and leave behind mysterious gifts. 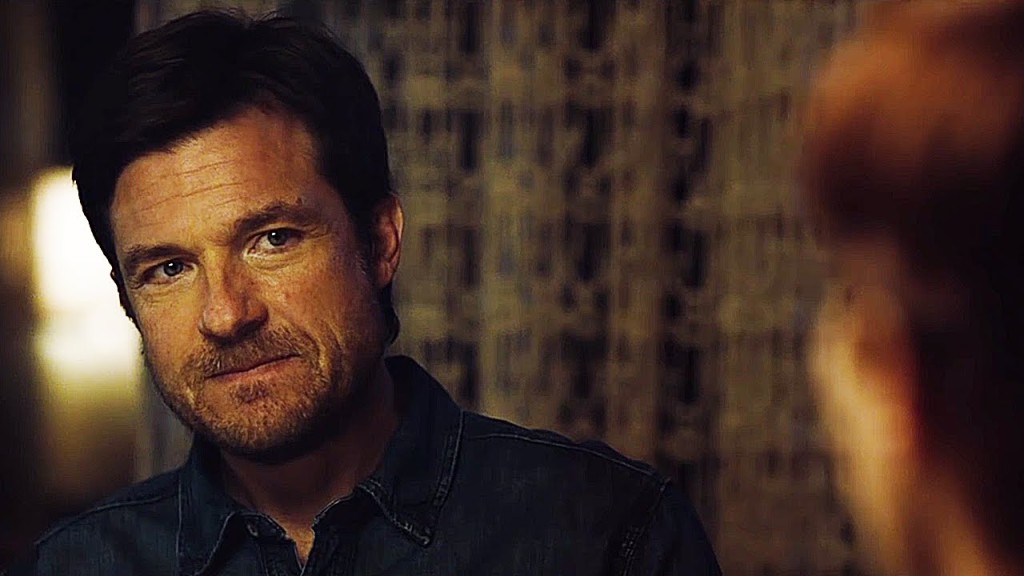 Soon a horrifying secret from twenty years ago is revealed, and Robyn finds herself asking how well does she really know her husband?

Ebiri also writes that Edgerton’s performance works in tandem with the well-written and directed film to keep audiences watching The Gift on the edge of their seats. The Gift“maintains its aura of nerve-wracking tension throughout, keeping us guessing not just as to what will happen next, but as to who, at heart, all these people really are.”

In a different review of The Gift, Matthew Goudreau for the Young Folks writes the film is “a true present to the world of cinema.” Whereas many films rely on cheap jump scares, the tension in The Gift is built with patience and no time is wasted in the storytelling.

Jackie K. Cooper for the Huffington Post writes, “‘The Gift’ is a movie that just keeps on giving right up to the last frame of the film. It gives the audience a solid plot, well acted characters, and enough twists and turns to keep the excitement building.”

While the trailer for The Gift can make the film look like another ho-hum attempt at a psychological thriller, these reviews claim it’s anything but. The question now is, have you been convinced to check out The Gift?