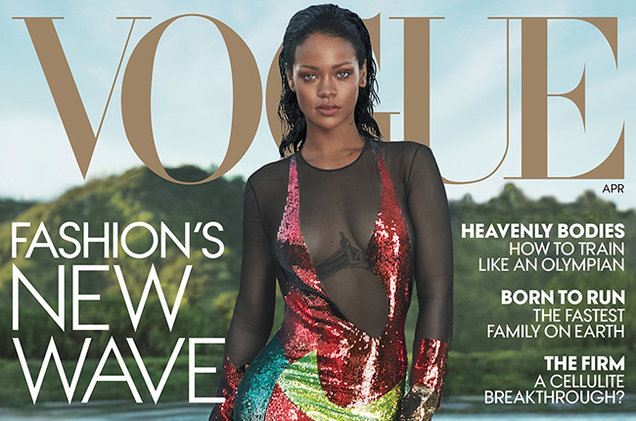 Rihanna is simply flawless in a Tom Ford dress on the cover of Vogue magazine’s April 2016 issue.

Here’s what the 28-year-old entertainer had to share with the mag:

On pursuing a relationship: “My schedule is so crazy right now…It’s definitely going to be a challenge when I do decide to pursue a relationship…but I have hope!”

On getting bored with the pop formula: “Very much…I just gravitated toward the songs that were honest to where I am now.”