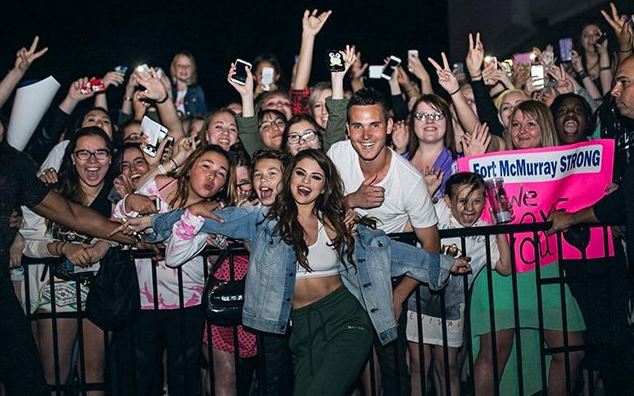 The 24-year-old former Disney star turned sultry-songstress wowed her teenage fan base with a mix of current and older hits, impressive pyrotechnics and an entourage of dancers.

“I finally made it to Australia,” she said, referring to the fact she abruptly cancelled her last Australian tour due to a stint in rehab.

“I’m so happy to be here, I was devastated I couldn’t be here last time,” she said.

She punctually took to the stage and opened with popular hits ‘Same old love’, ‘Come and get it’ and ‘Sober’ as enchanted fans screamed, danced and filmed the star’s every move.

Friend and fellow Disney alumni Joe Jonas performed as the warm up act, as part of the US rock group DCNE.

Gomez takes to Margaret Court Arena on Sunday night before performing in Sydney on Tuesday.

Dave Navarro presents Moby with the 2018 Rock to Recovery Icon...