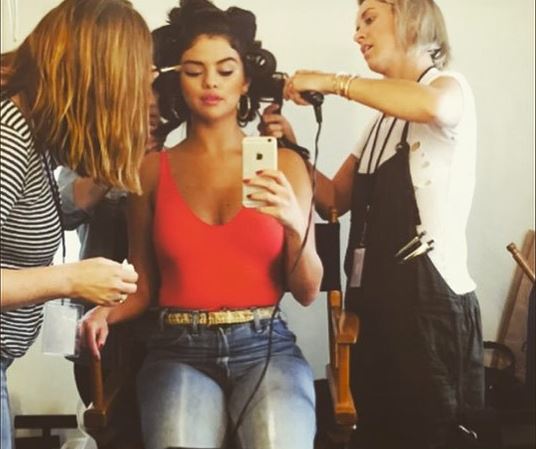 Selena is teasing us yet again with a new behind-the-scenes pic from her music video, ‘I Want You To Know’! The singer shared a hot snap of herself in a fiery cleavage-baring top on Feb. 27. We think this might just be Selena’s hottest video yet!

Selena Gomez, we want you to know how much we’re dying to see the “I Want You To Know” video! The singer, 22, got sexy behind-the-scenes of the music video, which also features her man Zedd, 25, by posting a pic of her hair and makeup being done. Of course, she let her fans in on the action!

Sel posted the backstage photo on her Instagram on Feb. 27, showing off her retro glam look in skinny jeans, a gold belt, and a red hot tank which put her cleavage on display.

In the pic, Selena is the epitome of glamorous, as she has a hairstylist curling her hair and a makeup artist doing her eyes.

“I want you to know video… Coming soon,” Selena captioned the photo.

Seriously, this is going to be one hot video! We of course already know that her chemistry with Zedd is on fire, and the sexy song all about how it’s “their time” to be together is spot on to their personal lives!

Because Selena loves her fans, she’s already given us Selenators tons of sneak peeks of the new video. One teaser shows Sel rocking a leopard jacket at a dance party and another shows Zedd and Selena’s crazy sides as she bites his ear. Like we said, it’s going to be one epic video!

Zeddlena’s relationship continues to heat up, and we bet they will have a lot to celebrate after their video is released! HollywoodLife.com EXCLUSIVELY learned the key to how they make their relationship work. 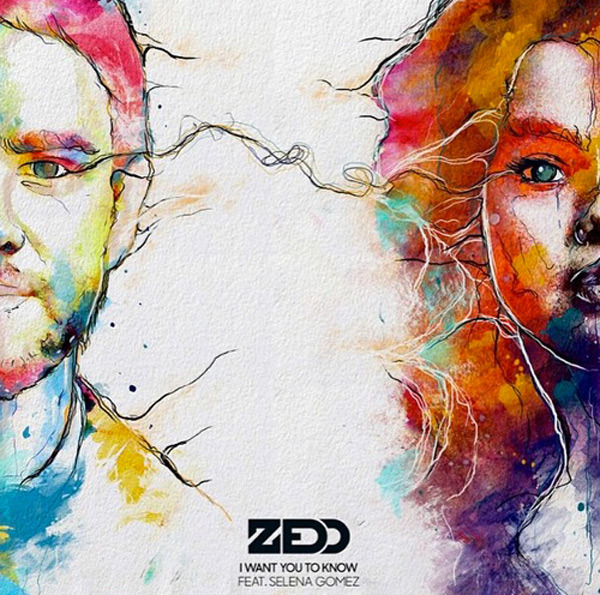 “They really are trying to separate work and pleasure with adding in their own time as well because to support the song they will have to be around each other constantly,” our source said. “So they are pacing things for the benefit of their love life.”w!