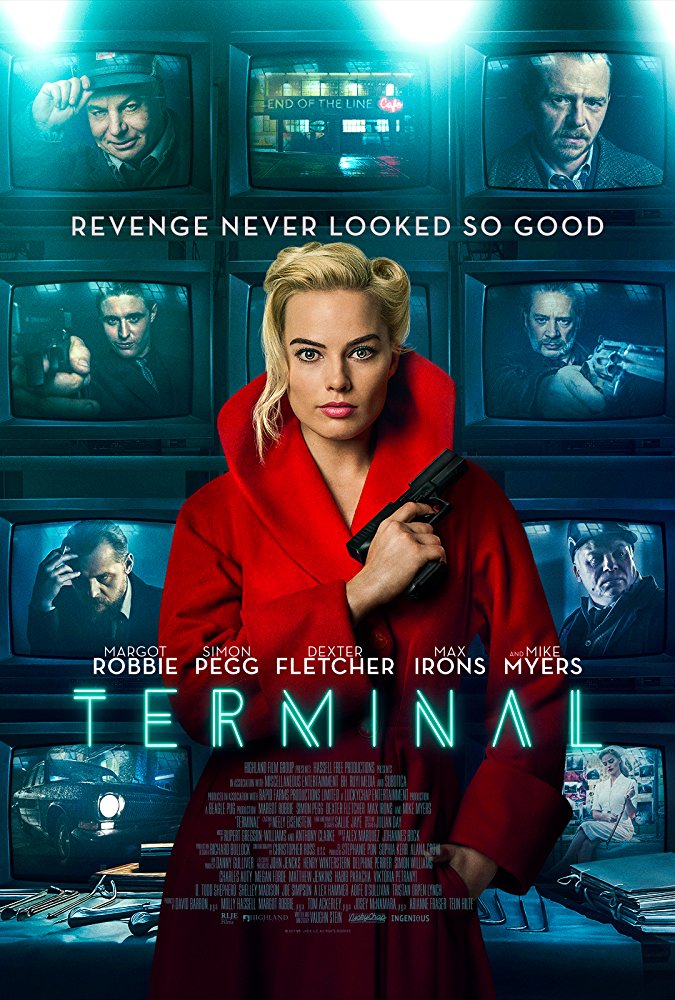 In TERMINAL, several lost souls occupy a sprawling, shadowy train station at night in an unnamed city. Annie Margot Robbie works at an all-night cafe in one of the station’s darkest corners. A teacher, Bill Simon Pegg, seems to have lost his lease on life and is just killing time. Two hit men, Vince (Dexter Fletcher) and Alf (Max Irons), await a call — and a job — from the mysterious “Mr. Franklyn.” And a janitor (Mike Myers) is forever puttering around.

During the nighttime hours, Annie befriends young Alf and shows disgust for the older, harder Vince. She also learns that Bill is terminally ill and tries to get him to kill himself rather than mope around. Soon it becomes apparent that not everything is as it seems, and a sinister plot is under way.