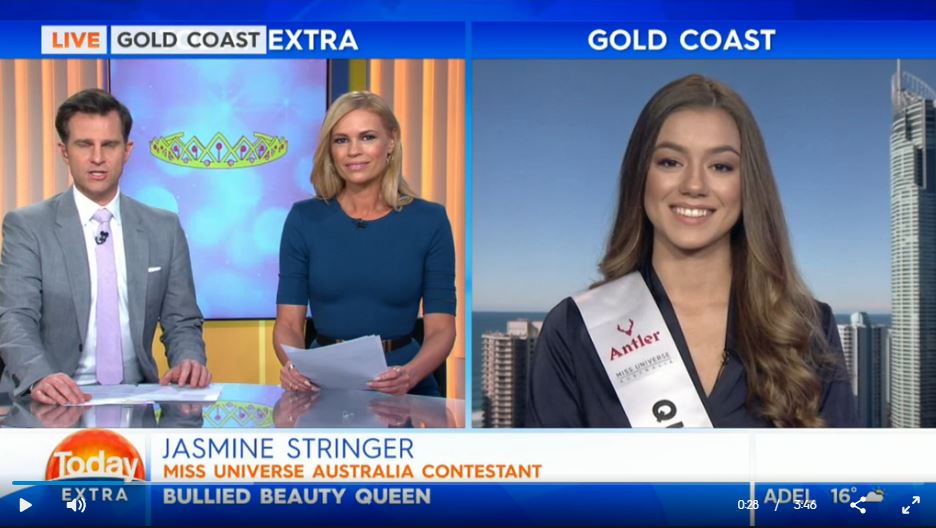 It may be the glitzy competition that promises beauty and ‘world peace’, but Miss Universe Australia contestant Jasmine Stringer has revealed the dark side of the pageant world.

Stringer won Miss Teenager Universe three years ago but experienced bullying so severe she was forced to quit.

Stringer told TODAY that she felt like the underdog heading into the competition and when she won it was “surreal”.

But she didn’t keep the title long, quitting after she faced bullying behaviour from the international organisers.

“Leading up to me handing over the crown, the following year, was when I made the decision to resign from bullying from the international organisation,” Stringer told TODAY.

The Australian organisers had decided not to enter a contestant the following year so the international organisers contacted Stringer directly.

“If I didn’t find a contestant myself, fund their trip to Guatemala and pay their $2000 entry fee they would publically strip me of my title.

“They were sending me many aggressive emails, blackmailing me, giving me ultimatums.

“I was only 17 years old and I wasn’t going to put up with that. So I decided to make a stand.”