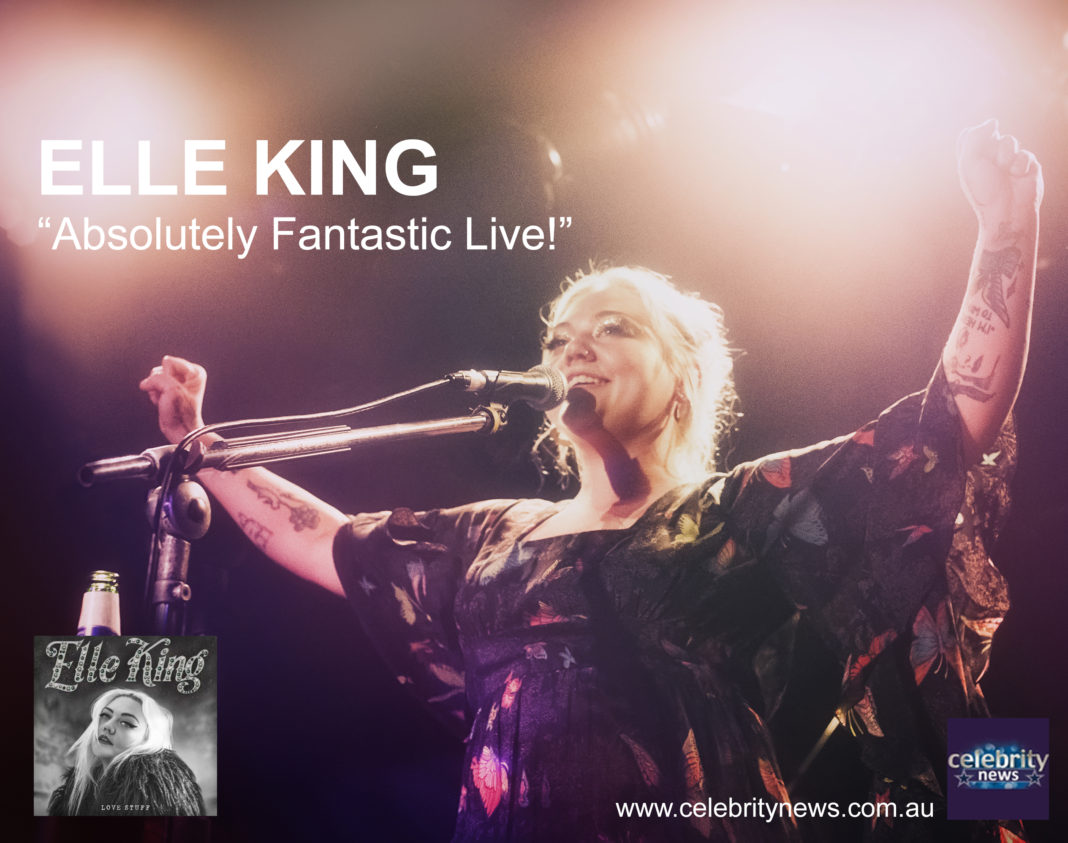 I was first introduced to Elle King’s music while searching for the extremely talented New Zealand singer, Gin Wigmore, on YouTube. We were lucky enough to attend her performance at “The Foundry” in Brisbane a few months ago.

The following day I heard Elle’s “Ex’s and Oh’s” on the radio and was completely hooked.

Last night I had the opportunity to attend Elle’s concert at Melbourne’s iconic “The Corner Hotel “in Richmond where Mick Jagger famously performed unannounced in 1988.

It was an absolute privilege to see her live perform LIVE!

Elle King exploded onto the stage with such presence and attitude. She exudes personality and individuality.

King was able to immediately engage the audience and had them in the palm of her hands for the entire night.

With her beer and coaster attached to her microphone stand, she showed the Melbourne crowd her headstrong attitude, a trait that is rarely seen in the mainstream music scene today.

She played the hell out of her acoustic’s and perfectly strummed her banjo which she learned to play as a result of seeing a hot guy playing one!

King’s recent hit “Ex’s and Oh’s”, the song that has arguably made her an international star, made the crowd jump with pure excitement.

Other tracks off her acclaimed album “Love Stuff” ,such as “Song of Sorrow” and “Under the Influence”, were able to reach her true die hard fans like myself. Her sound was rootsy along with quiet, rueful love songs but with the unifying element being Ms. King’s powerful voice.

With a massive chart topper under her belt, bad girl persona and big retro pipes, King is definitely not a bubblegum pop princess …  but I think that’s probably exactly how she likes it!