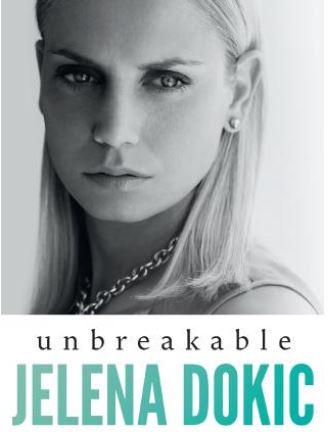 In a new autobiography, former Australian tennis star Jelena Dokic has detailed the abuse she suffered at the hands of her father Damir.

Dokic’s revelations in the new book, titled Unbreakable, include:

— She was regularly verbally abused and labelled a “whore” by her father; and

— She was made to try to find a place to sleep somewhere at the Wimbledon courts after her semi-final loss in 2000 after being told she was not allowed to sleep in the family hotel room — which her tennis career was funding. 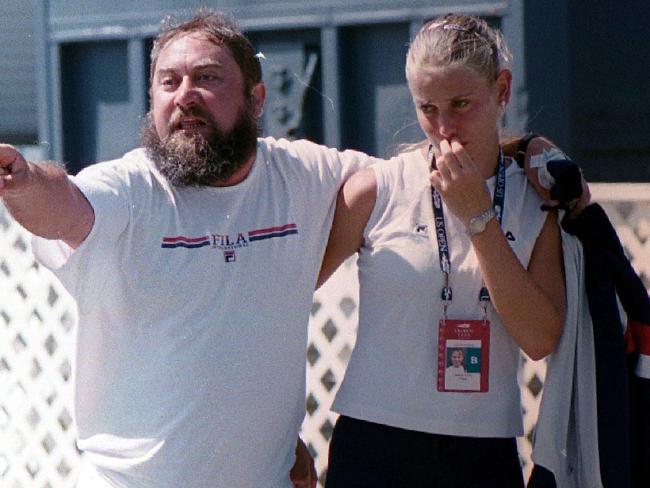 Co-host of Channel 10’s The Project Carrie Bickmore praised Dokic for her courage in sharing her “harrowing” story, as did esteemed Aussie tennis coach Darren Cahill.

Former Australian netball captain Liz Ellis said “serious questions” need to be asked of the people in charge of tennis for this alleged abuse happen to a star of the sport, saying a duty of care needed to be exercised.

“It was such distressing reading. I was sitting on the plane this morning trying to read it and trying not to cry as I was reading it,” Ellis said on Channel Nine’s Sports Sunday.

“I reckon fairly serious questions have to be asked of the people in charge of tennis because she was in a changeroom.

“One of the things she says in the excerpts was that she didn’t have any part of her back that wasn’t covered in cuts and bruises because he (Damir) used to make her take her shirt off and he used to beat her with his belt.

“So, you know what it’s like in a changeroom … you get your gear off. Someone must have seen it. Why did nobody report it? And what has tennis done to make sure this never happens again?”

Speaking on the same program, ex-Australian cricketer Michael Slater said the revelations were so distressing he couldn’t read the entire story and called on Tennis Australia to investigate the matter.

“I couldn’t finish that article, it was so disturbing,” Slater said.

“They (Tennis Australia) have got to make sure this doesn’t happen again. If you’re running on rumours then you’ve got to investigate those rumours and get to the bottom of it.

“We were hearing that for years about what was going on there and no one stepped in.”

Weekend Sunrise co-host Monique Wright called Dokic a “remarkable person” for going public with her story while former TV newsreader Ron Wilson, who now reads the news on Smooth FM, expressed disbelief at the trauma she had to face day in, day out.

“Imagine waking up every day in total fear of the people you expect to love and nurture you and that sort of violence,” Wilson told Channel Seven.

Dokic was a polarising figure in Australian sport. As Bogut alluded to, she wasn’t always shown the admiration reserved for so many athletes Down Under as the public struggled to warm to her, no doubt in part because of her father’s antics.

WSFM breakfast radio host Brendan Jones said these allegations make that lack of connection another sad layer on top of what is already a tragic story.

“How many people here thought, ‘Jelena Dokic, what the hell? She’s just spoiled.’

“But the poor kid was suffering and I just feel sorry for her. Reading that extract I went … this is dreadful.”

Others relayed their sadness at what Dokic was allegedly forced to endure.

Dokic told The Sunday Telegraph she has tried to mend her relationship with her father after his release in 2010 when he served one year in prison in Serbia for threatening to kill the Australian ambassador.