Miranda Kerr has announced she is pregnant with her second baby. The 34-year-old model has announced that she and husband Evan Spiegel are expecting their first child together, to join her son Flynn, six, from her previous marriage to Orlando Bloom.

Kerr and the Snapchat founder, 27, were married at their home in Los Angeles’ Brentwood neighborhood on May 27. They couple announced their engagement in July 2016 when she shared a photo of her diamond ring alongside a custom “Marry Me” Snapchat filter. “I said yes!!!” wrote the former Victoria’s Secret Angel on Instagram.

It’s not yet known when she is due. 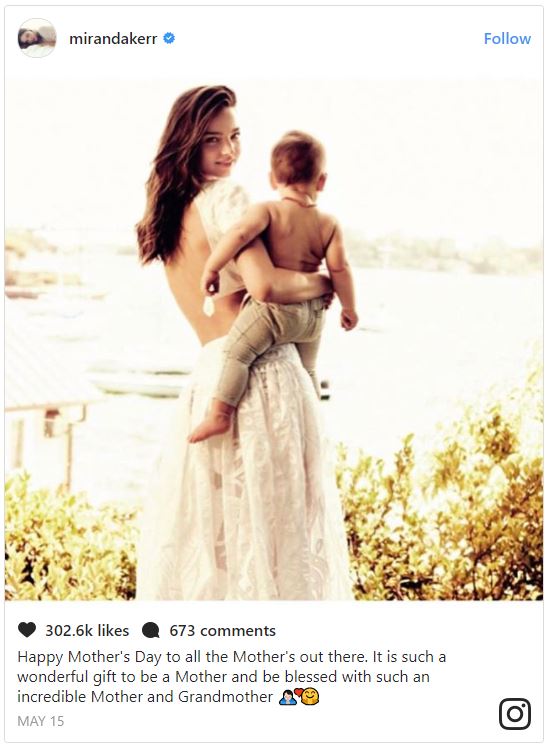