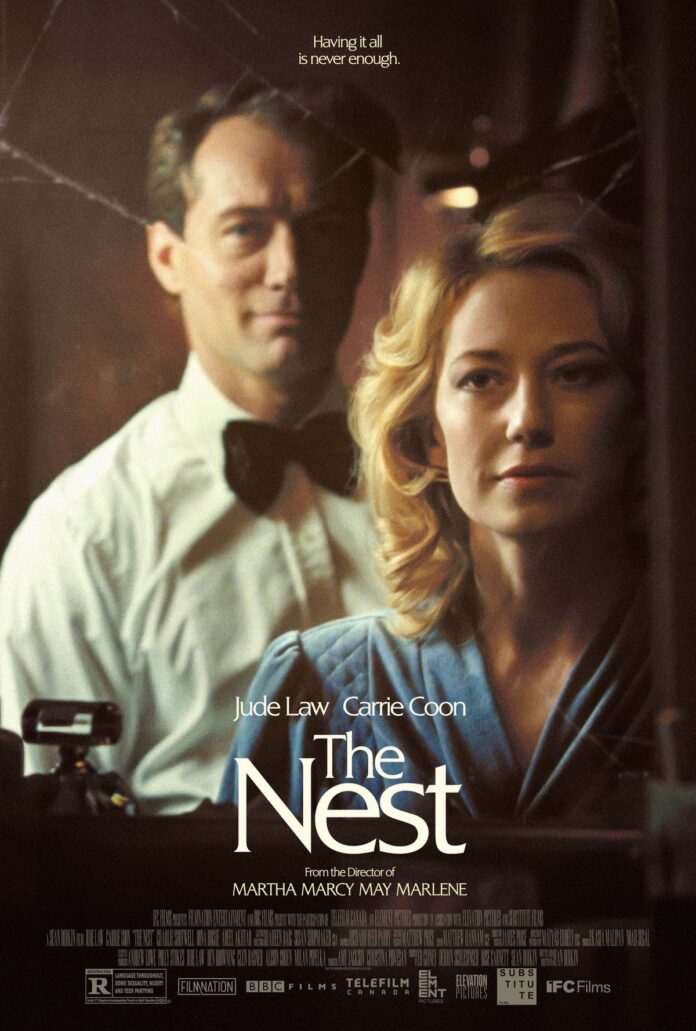 Mr Jude Law has been quiet on the movie scene of late but he is back starring in THE NEST with the talented actress “Carrie Coon” who many know from the TV Series “The Sinner Season 2”.

Rory (Jude Law), an ambitious entrepreneur and former commodities broker, persuades his American wife, Allison (Carrie Coon), and their children to leave the comforts of suburban America and return to his native England during the 1980s. Sensing an opportunity, Rory rejoins his former firm and leases a centuries-old country manor, with grounds for Allison’s horses and plans to build a stable. Soon the promise of a lucrative new beginning starts to unravel, the couple have to face the unwelcome truths lying beneath the surface of their marriage. 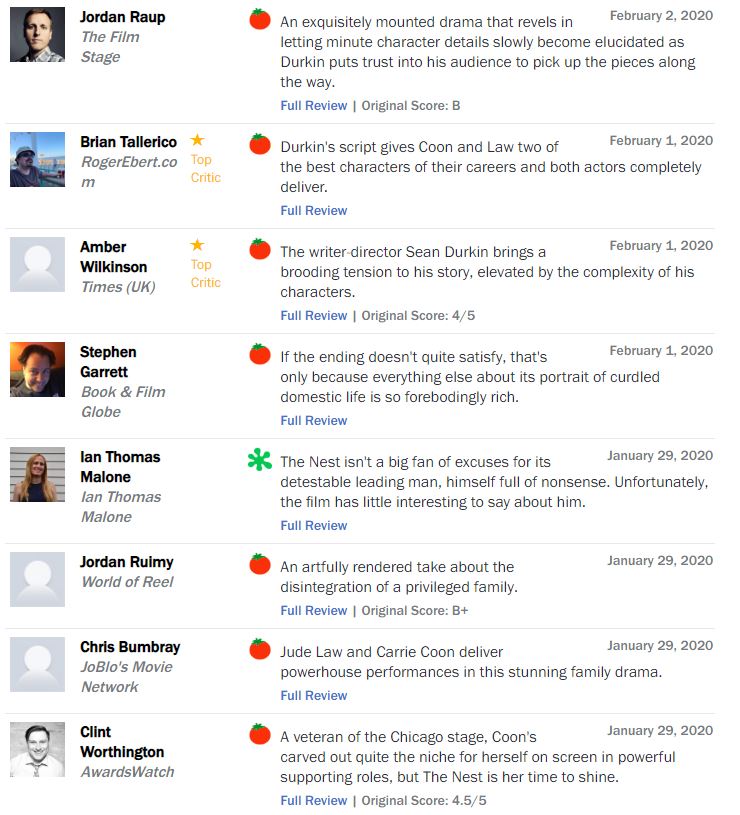 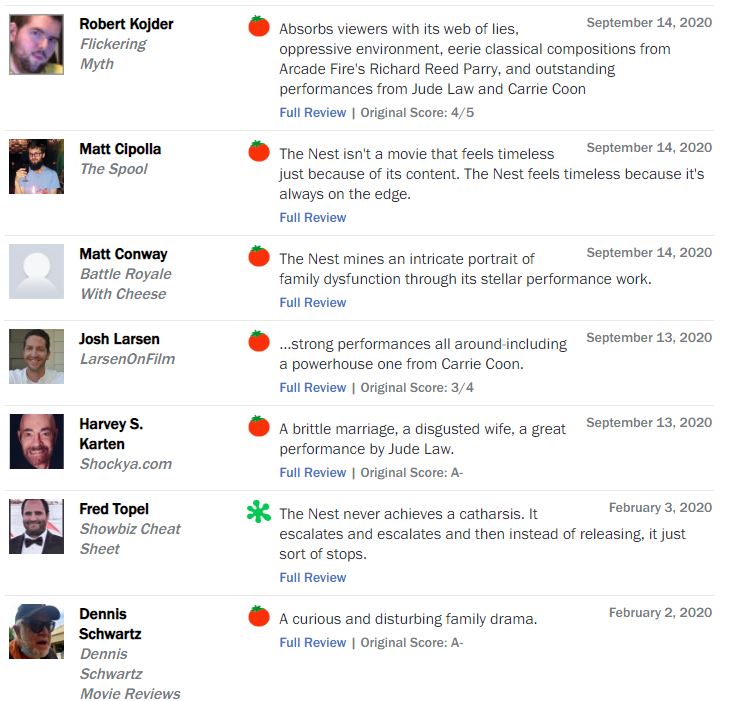