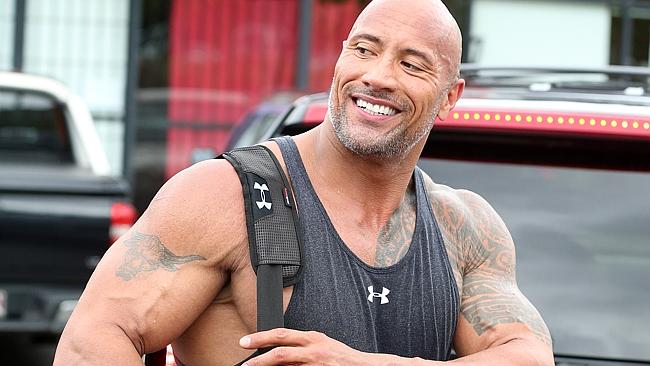 DWAYNE “The Rock” Johnson is a beast. A phenomenal specimen of man that has made wrestling fanatics and movie buffs go weak at the knees for years.

So what is fuelling that superhuman rig, a body that expert observers have noted is as much bodybuilder as wrestler and actor?

A LOT of food. Seven meals a day, in fact.

In the lead-up to filming his blockbuster 2014 movie Hercules, The Rock blew everyone away by bulking up with a program he called the “12 Labors Diet”.

Now, he is on a new seven meals per-day diet that involves eating insane amounts of protein – a diet he has shared with Muscle and Fitness. The Rock in Hercules. He didn’t get this way from eating salad. Source: Supplied

The diet is a meticulous program that The Rock consumes every single day. Here is the full rundown, featuring a whole lot of cod: So that’s where those gigantic wrestler arms come from… Source: AP

The overall statistics this diet throws up are simply jaw-dropping.

By following the diet ever day of the week for a full year, The Rock would be eating 371.5kg of cod per year, plus 82.5kg of both steak and chicken per year. That is a LOT of animal.

Apparently, the legend also enjoys gigantic stacks of pancakes for a treat. 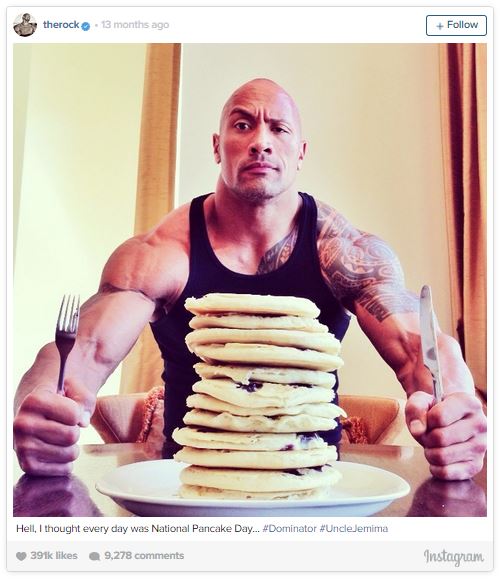 For the record, this is what The Rock’s fridge looked like on any given day during Hercules: 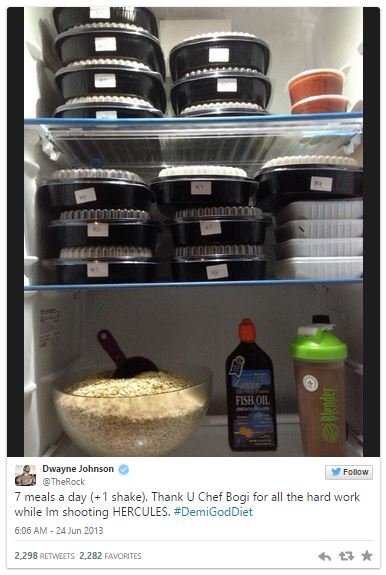 Combined with a brutal training regime, here’s what it all adds up to: A body that mere mortals can only dream of. 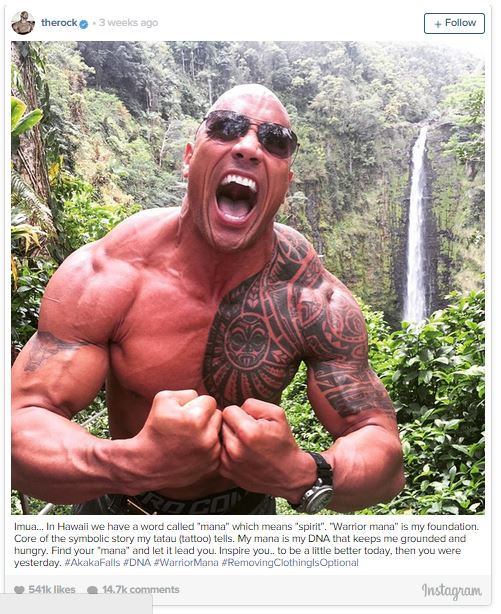